Atlanta, a city known for heat, traffic, and ever growing urbanization provides a prime example of why we need to be planting more trees. Urbanization means less green, business is booming, growth is reaching a high, and so is the construction of buildings as well as roads that are needed for the many that are choosing the city of Atlanta as their new home and/or workplace. Atlanta can and does greatly benefit by the use of Clean Air Gardening.

We all know that trees aid the environment as they produce oxygen, reduce carbon monoxide and many other harmful contaminants that we generate by the use of our many technologies. What else do trees do for you and me? We tend to forget that animals live in many of these trees, so the more trees we have the more homes we have for the other non-human members of our environment. Birds help spread many seeds through their digestive systems and consume some aspects of human waste like food that we discard.

Each mature tree in our environment releases enough oxygen for two humans as well as absorbs a rough estimate of 48 pounds of carbon dioxide per year. Trees also reduce ozone levels in urban areas. This was seen in New York City as a 10 percent increase of the urban canopy resulted in a reduction of peak ozone levels by 4 parts per billion.

Trees also aid in reducing erosion as well as urban runoff by storing water and breaking the force of rain as it falls. Using under planting can also aid in erosion and runoff. The USDA reports that 100 mature trees can reduce runoff from rain by up to 100,000 gallons. Trees, and more specifically their foliage absorb sound and reduce noise pollution from our many urban areas. This helps create a quieter neighborhoods especially when they are located near highways or large roads. A reduction of up to 10 decibels can been seen by a well planted group of trees.

Trees also aid in the reduction of temperature on black asphalt. As cities grow so do the network of roads. This equates to higher temperatures due to the fact that black asphalt absorbs a lot of heat from the sun. There are cities that are testing the use of white paint for asphalt, but until that is a widespread option tress will be a major player in reducing temperature in cities that heat up dramatically during the summer mounts, Atlanta being one of them.

Trees can also aid in energy savings which can affect every member of an urban area. During summer months the effect seen by a healthy tree can be the equivalent of 10 room sized air conditioners running 20 hours per day. During the winter, trees act as windbreaks which will help reduce the amount of heat that you will use. Some say this can be as much as a 25 percent reduction of monthly energy costs.

Planting trees in business or social urban areas can improve the mental as well as physical health of residents and workers. The same effect can been seen when using plants on the interior of buildings. People tend to call out of work less and be more productive in there every day lives. Trees can also increase the property value of a home or a building. Homes or buildings with plenty of trees are more appealing to buyers for aesthetic reasons in addition to having a greater monetary value.

Whether you want to save money, reduce noise from travelling vehicles, make your surrounds more appealing, or cool you home of office more efficiently planting trees could be your answer. The more we clear land for new buildings or roads the more we will begin to see their negative effects on the environment, thus the greater impact we can have by giving nature a foothold in urban areas across the world. 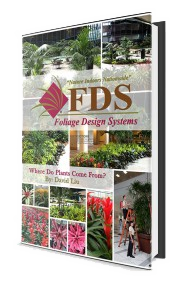